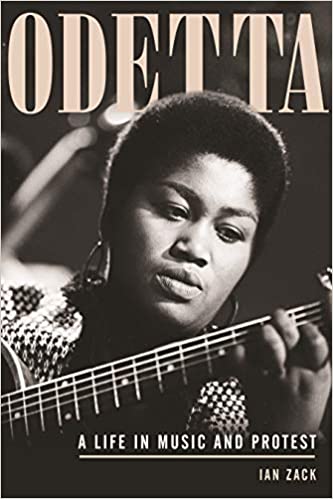 Based on interviews with Harry Belafonte, Joan Baez, Judy Collins, Carly Simon, and many other musical colleagues and close friends.

Odetta channeled her anger and despair into some of the most powerful folk music the world has ever heard. Through her lyrics and iconic persona, Odetta made lasting political, social, and cultural change.

A leader of the 1960s folk revival, Odetta influenced a huge number of artists over many decades, including Bob Dylan, Janis Joplin, the Kinks, Jewel, and, more recently, Rhiannon Giddens and Miley Cyrus.

But Odetta's importance extends far beyond music. Journalist Ian Zack follows Odetta from her beginnings in deeply segregated Birmingham, Alabama, to stardom in San Francisco and New York. Odetta used her fame to bring attention to the civil rights movement, working alongside Joan Baez, Harry Belafonte, and other artists. Her opera-trained voice echoed at the 1963 March on Washington and the Selma to Montgomery march, and her "Freedom Trilogy" songs became rallying cries for protesters everywhere.

Zack brings Odetta back into the spotlight, reminding the world of the folk music that powered the civil rights movement and continues to influence generations of musicians today.

SAY NO TO THE DEVIL 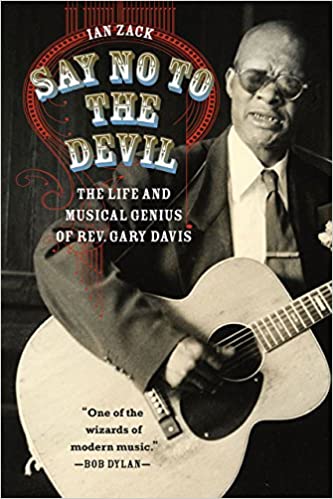 Who was the greatest of all American guitarists? You probably didn't name Gary Davis, but many of his musical contemporaries considered him without peer. Bob Dylan called Davis "one of the wizards of modern music. " Bob Weir of the Grateful Dead—who took lessons with Davis–claimed his musical ability "transcended any common notion of a bluesman." And the folklorist Alan Lomax rated him "one of the really great geniuses of American instrumental music, a man who belongs in the company of Louis Armstrong and Sidney Bechet." But you won't find Davis alongside blues legends Robert Johnson and Muddy Waters in the Rock and Roll Hall of Fame, even though his songs have been covered by Dylan, Jackson Browne, and many other hall of famers.

The first biography of Davis, Say No to the Devil restores "the Rev's" remarkable story. Drawing on extensive research and more than 125 interviews, Zack takes readers through Davis's difficult beginning as the blind son of sharecroppers in the Jim Crow South to his decision to become an ordained Baptist minister and his move to New York in the early 1940s, where he scraped out a living singing and preaching on street corners and in storefront churches in Harlem. There, he gained entry into a circle of musicians that included Lead Belly, Woody Guthrie, and Dave Van Ronk. But in spite of his tremendous musical achievements, Davis never gained broad recognition from an American public that wasn't sure what to make of his trademark blend of gospel, ragtime, street preaching, and the blues. His personal life was also fraught, troubled by struggles with alcohol, women, and deteriorating health.

Zack chronicles this remarkable figure in American music, helping us to understand how he taught and influenced a generation of musicians.

"[A] magisterial biography. . . . Half saint, half sinner, all singer-songwriter, . . . the Rev. Gary Davis is that blind man you brushed by on your way to the stadium to see the big act perform. Zack's brilliant account compels us to pause for a long look at an artist who was always there, even if we didn't see him."